Serono began life as a small pharmaceutical business and, under the Bertarelli’s leadership, ended up as the world’s third largest biotechnology company. 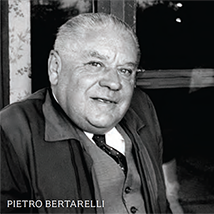 The name Serono is synonymous with the Bertarelli family, who led the company over the course of three generations as it continually broke new ground. The company was founded in 1906 and, having been with the company since its early days, Pietro – Dona and Ernesto Bertarelli’s grandfather – was, by 1935, its Managing Director, overseeing the expansion of production lines.

Serono is most well-known for its pioneering work in the area of reproductive science. In 1949, the company purified gonadotropin, a hormone that promotes the stimulation of the ovaries to produce multiple follicles. This in turn resulted in a fertility-enhancing drug called Pergonal®. In 1963 its active ingredient was adopted by the World Health Organization as the international reference standard and in 1978 the world’s first test-tube baby was born in the UK, with help from Pergonal®.

Pergonal® became the platform for Serono’s international expansion led by Fabio Bertarelli, who became Chief Executive in 1965. It was he that re-located the company in Switzerland in the mid-1970s, where it continued to enjoy growth and success.

In 1996 Ernesto succeeded his father as CEO of Serono, driving forward its research in biotechnology. His sister, Dona, joined him soon after and together they saw Serono enjoy a string of clinical and commercial successes. Over the next ten years revenues and profits grew substantially, with the company operating in over 40 countries and its products sold in over 90. In 2000, Ernesto oversaw the listing of the company’s shares on the New York Stock Exchange, six years before the business was acquired by Merck to form Merck Serono.